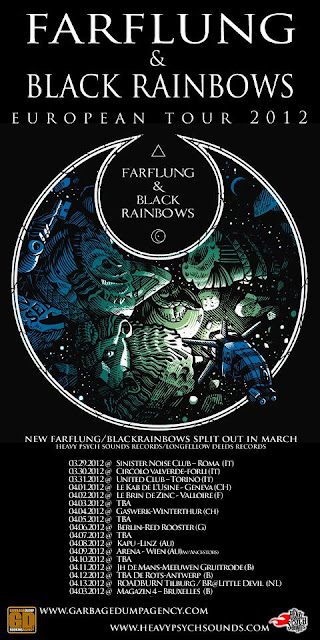 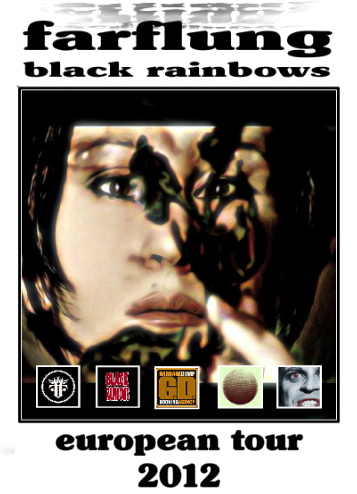 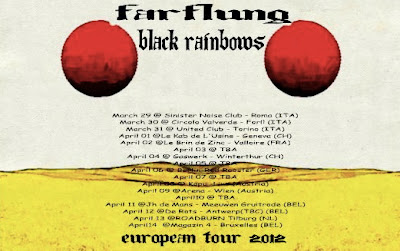 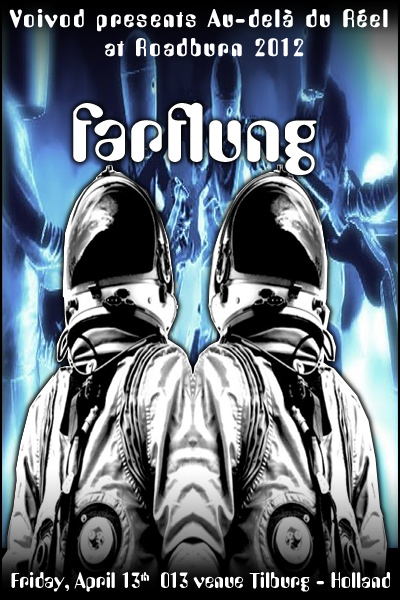 Posted by farflung
at 6:32 AM No comments:

Posted by farflung
at 8:09 PM No comments: 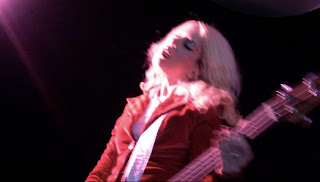 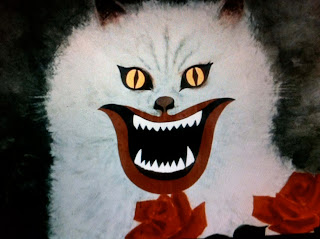 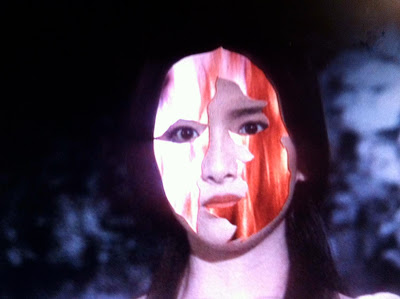 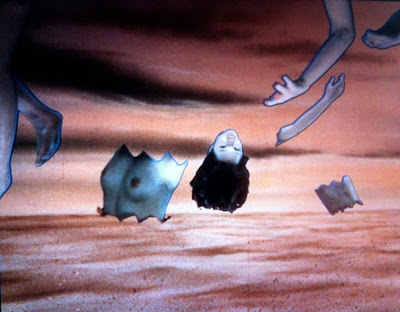 Posted by farflung
at 7:51 PM No comments:

Henry Rollins will sing for you no more. After a three-decade career fronting the pioneering L.A. punk band Black Flag and his own group, Rollins Band, he has chosen to hang up his mic and focus on his spoken-word career; he's currently on a world tour that circles back to the U.S. on March 17. Rollins, 50, is also a columnist for L.A. Weekly and has created documentaries for National Geographic.
"I rang that bell very hard, very frequently, with a great deal of urgency," he says of quitting his music career. But it's not like Rollins has given up on discovering new bands. He still gets his kicks as a DJ for L.A.'s KCRW-FM and says he buys at least one new CD every day. Rollins' tastes are far-reaching, from French cold wave and Nigerian funk to obscure American noise and psychedelic rock: "I'm looking for more of the arcane, the little bit rougher, or eclectic, esoteric, way out there."
We asked Rollins for five of his favorite recent discoveries. Check out his picks and stream their songs below.


OFF!
There's no bad blood between Rollins and Black Flag co-founder Keith Morris — who Rollins replaced as lead singer a few years after Morris quit in 1979 — and Rollins will always check his latest projects, including his new hardcore supergroup, featuring members of Redd Kross, Rocket From the Crypt, and Burning Brides. "He's one of my heroes and he's the boss, as far as I'm concerned," says Rollins. "I like Off!'s 'Upside Down' — it sounds like Black Flag's 'Nervous Breakdown.' I love it. Keith is real. He's got pedal-to-the-metal or he just doesn't do it. It's a hell of a thing to watch."

JOHN OLSON'S NOISE BANDS
Rollins has an almost unhealthy obsession with Olson — the leader of experimental noise bands Wolf Eyes and the Dead Machines and founder of the cassette label American Tapes, based out of East Lansing, MI. "The guy has over 1,000 releases on his label, and I have almost 700 of them," says Rollins. "I have a great deal of time for all of these noise terrorists — it's modern avant-meets-stoners in a basement.... If you watch [Wolf Eyes or the Dead Machines] gigs on YouTube, it's flannelled longhaired guys hunched over laptops playing with effects pedals as eight people watch with tallboys in their hand going, 'Oooooooh!,' in some freezing basement in Michigan or Ohio. It's so underground that it has to have integrity."

FARFLUNG
Rollins digs the spacey psychedelic sounds of this obscure West Coast-based band, which reminds him of proto-progressive English groups like Hawkwind. "It sounds like a bunch of guys that grew up on [Hawkwind's] In Search of Space," says Rollins. "They have their own thing, but it's all echoed out. Right up my alley."

GALLOWS
Rollins flipped for this British hardcore band after seeing them perform in Austin, TX, last summer: "They played their asses off. The whole band was melting like margarine onstage and they just went for it. Every gig should be like pulling a ping-pong ball through your urinary tract. It should just change you forever and it should really hurt. Gallows did that for me."

Gallows, "In the Belly of a Shark"

THE AMAZEMENTS
An unsigned independent trio out of Los Angeles who haven't been very active since setting up a MySpace page in 2009. Still, Rollins digs their noisy vibe. "I played them on the radio and they were stunned," he says. "That's a cool band."

Check it Out Brothers and Sisters! 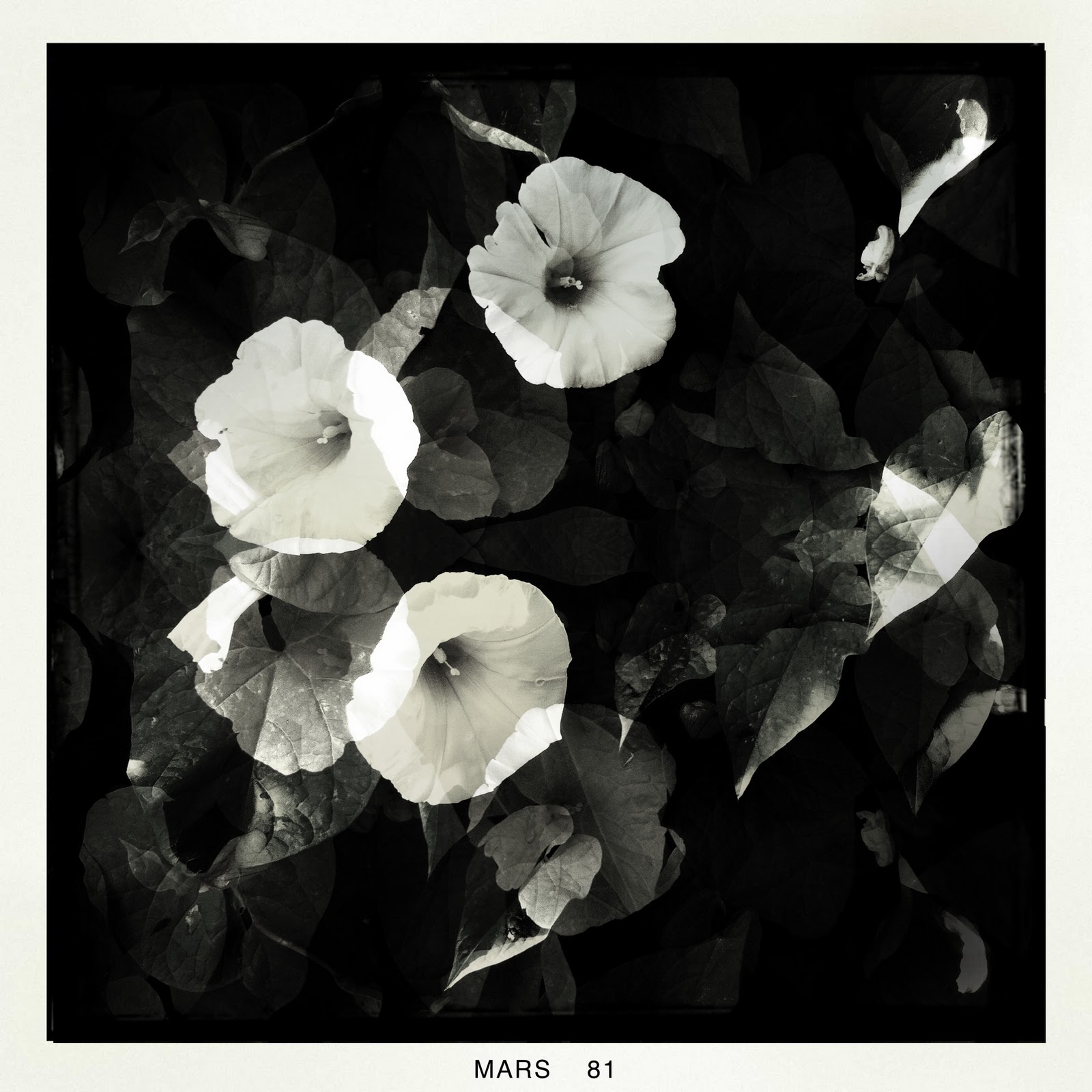 Posted by farflung
at 2:19 PM No comments:

Myth of One Lucky Bath 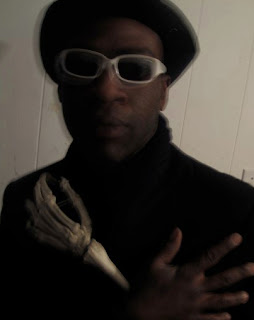 We are very proud to present as the second installment of Dosed
a series of texts
by our friend
Jean De Bassecour
http://farflungmusic.blogspot.com/p/dosed-notes-from-underground.html
Posted by farflung
at 3:17 PM No comments:

Welcome to the New Farflung Site

Sonic Greetings
Check it Out !
We are very proud to have as our first contributor to our Online Magazine
Dosed.....Notes from The Underground
our friend
Andy Colquhoun 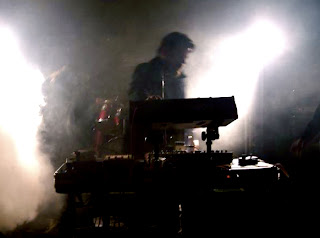 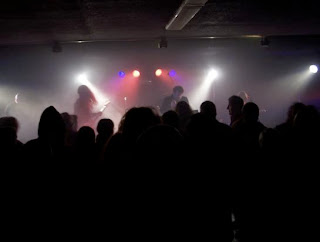 Posted by farflung
at 5:10 PM No comments: